Efficacity and toxicity of candidate anticancer drugs has been assessed on 2D cell culture models over the past few decades. This model has allowed for the understanding of molecular pathways driving tumor progression and for high throughput screenings testing multiple drugs in parallel and

Despite the increasing knowledge on tumor biology, cancer remains a deadly disease, with anticancer drug candidates yielding very poor outcomes. This can be explained in part by the simplified cancer model used during drug testing, in which the effect of tumor microenvironment (TME) on tumor progression is not taken into account. Indeed, TME plays a critical role in drug resistance. Recent advances in the development of 3D in vitro models which mimic physiological conditions of human cancers have opened new venues in the anticancer drug discovery. Additionally, these in vitro models raise as an alternative to animal testing. 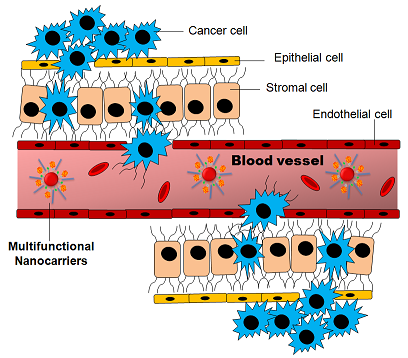 Cancer cells and the tumor microenvironment

Complementary to 2D cell culture, in vivo xenograft mouse models (PDTX: patient-derived tumor xenograft) are widely used for anticancer drug testing. Despite being an in vivo model, the evolution of tumor in mice cannot fully recapitulate the human tumor microenvironment. Additionally, PDTX is a time and resource consuming model which doesn’t allow for high throughput screening [3].

One main cause of tumor chemoresistance to anticancer drugs is the dynamic behavior of cancer cells, with genetic and epigenetic modifications occurring over time and allowing cancer cells to escape the targeted effect. Tumor microenvironment (TME) can affect gene expression, cell metabolism, chromatin structure, cell proliferation and cell migration of both, cancer and stromal cells. Therefore, cytotoxicity of anticancer drugs is highly dependent on the TME. Because of this, results of drug testing are very sensitive to the cell culture model used. Following are some examples showing how TME can affect drug delivery and/or drug efficacity (reviewed in [1]):

– Changes in interstitial fluid pressure due to tumor mass growth and due the modification of composition in the extracellular matrix (ECM). Composition and stiffness of the ECM are dynamic and can influence drug intake [2]

– Changes in vascularization in the TME can induce resistance to apoptosis. High vascularization is induced in cancer cells in a process of abnormal angiogenesis (see Scientific note Hypoxia and cancer). Angiogenesis is induced by secretion of VEGF (Vascular Endothelial Growth Factor), synthesized by tumor and endothelial cells. In addition to angiogenesis, VEGF has a role in anti-apoptotic signaling. Cancer cells can express VEGF receptors, which provide them resistance to chemotherapy [2].

– Hypoxic conditions: While oxygen and nutrients are unlimited in 2D cultured cells, there is a gradient of oxygen accessibility across the tumor mass in solid tumors. Hypoxic growth increases survival rates of cancer cells (Scientific note Hypoxia and cancer). Thus, mimicking oxygen conditions in in vitro assays is critical to asses drug efficacity and tumor growth.

Recent advances in 3D culture technology have allowed to grow cancer and healthy tissue models in more physiological conditions which mimic the tumor microenvironment, or at least try to recapitulate some of the TME main features [5]. Some examples of these biomimetic cell culture models are:

– Spheroids: Cells are densely packed mimicking a solid tumor. This is achieved through physical confinement: enabling cell-cell interactions and preventing cell-surface interactions. Inside spheroids a gradient of oxygen concentration generates an inner quiescent zone, mimicking the conditions in a tumor mass. Consistent to the different physical properties between 2D cultured cells and spheroids, increased drug resistance to anticancer drugs has been observed in spheroids. For instance, anti-proliferative drugs initially make spheroids to shrink by affecting the outer layer, however spheroids can resume proliferation [1]. Link to Scientific Note: Spheroids as powerul 3D-cell culture intermediates & Are spheroids recapitulating basic physiology of human organs?

– Polymer Scaffolds: They are porous artificial matrices which mimic the ECM (Extracellular Matrix) and are composed of extracellular proteins and can include growth factors. Scaffold matrices for cell aggregation and limit oxygen availability. Cultured cancer cells or spheroids can be grown on these scaffolds, and drug resistance to anti-cancer drugs has been recapitulated in this context. For instance, a 3D scaffold mimicking the TME for an acute myeloid leukemia model showed to recapitulate phenotypes of drug resistance observed in tumors compared to traditional 2D cell cultures [7]. Therefore, 3D models are more predictive of real tumor responses.

– Organoids: They are 3D cell cultures generated from tissue-derived stem cells which can self-organize into an organoid structure. Organoids remain genetically stable over time when derived from healthy tissue stem cells. Tumor organoids have been successfully grown from patient-derived tumor tissue and they recapitulate phenotypes of morphology and behavior of the original tumors. Organotypic assemblies require a 3D matrix mimicking extracellular components. So far, organoids have been grown from multiple healthy tissues, but also from metastatic tissues and cancer biopsy samples [3]. Biobanks of organoid cancer models have been generated [4].(Link to Scientific note Organotypic cell culture)

– Organ-on-a-chip models. A step forward in the development of organoids combines organotypic assemblies with microfluidics technology [8]. Microfluidics allows to grow cells, spheroids, or organoids in a very controlled environment inside microdevices (Link to Scientific Note organ on a chip and liver on a chip), mimicking parameters such as blood flow, nutrient gradients, oxygen gradients or shear stress. Microfluidics also allows to model complex tissue interactions by coupling multiple organoids and by incorporating synthetic materials which recapitulate tissue-specific microenvironments.

The possibility of recreating the TME in microfluidic devices has allowed for the development of tumor-on-a-chip models [8]. Maintaining a controlled environment over time allows for monitoring tumor dynamics and the assessment of drug efficacy and resistance over time. Organ-on-a-chip and tumor-on-a-chip models are as well compatible with high-throughput screenings. 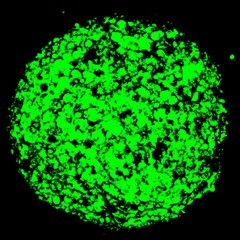 Low efficacity of anti-cancer drugs is explained in part by the capability of cancer cells to adapt to a very dynamic environment. It is also explained by the lack of relevant cancer models mimicking this microenvironment. Therefore, more physiological in vitro cancer models will be crucial for the future of drug discovery.

The main advantage of monolayered cell culture in multi-well plates remains the possibility of high throughput analysis, which is a major requirement for drug screening in the pharmaceutical industry.  Adaptation of 3D culture and organ-on-chip models to up-scale drug testing will be important in the coming years. Also, in vitro 3D models are able to recapitulate only a subset of features present in the tumor microenvironment, so more complex models (mimicking complex organ interactions) will be needed to closer to an in vivo model [5].

The development of 3D cell culture models has been possible due to major advances in biology (stem cell biology and genome editing techniques) and engineering (microfabrication and 3D printing, or microscopy developments to observe cells in complex environments) [5]. Despite the proliferation of these physiological models, standardized biomimetic cell culture platforms are still lacking. It is foreseeable that further technical advances in both biology and engineering will allow to implement 3D models and organ-on-chip platforms, which could eventually lead to cost-effective and patient-specific in vitro models for drug testing. 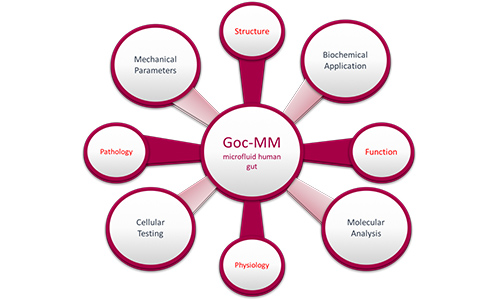 Cultivating gut microbiota on a gut-on-a-chip 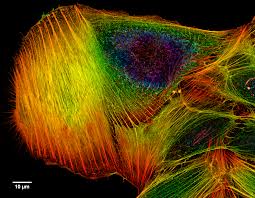 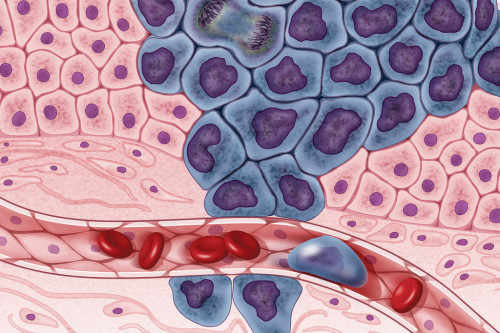