S. pombe is a very powerful organism to study microtubules assembly. The easy manipulation of fission yeast, the short dividing time and the existence of temperature-sensitive mutant strains allows  to dissect the role of microtubules in various aspects of S. pombe biology. Temperature is a controlling factor of microtubule assembly.

CherryTemp meets cell biology studies requirements. It reaches below ambient temperatures for efficient microtubules depolymerization or endocytosis arrest, it shifts from 5 to 45C in less than 10 seconds and thus prevents gradient formation inside the sample, it uses electronic control for steady temperature control and microfluidic technology to prevent fluid-flow shear stress on biological samples, it fits on any microscope setting. Data presented here have been published by Velve-Casquillas et al., 2010 in Lab on a Chip.

CherryTemp temperature controller device: Our PDMS chip is composed of microchannels allowing the circulation of thermalized fluid. The chip is connected to Peltier devices set at two different hot/cold temperatures making possible to quickly change from low to high temperature. Our chip is mounted on a thin glass coverslip,that comes on top of the biological sample, spacers can be used depending on sample thickness. In our system, the fluid is never in contact with the sample thus preventing any shear stress 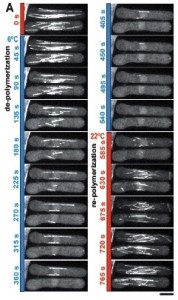 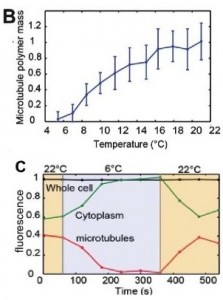 Reversible ultra-fast heat-induced spindle assembly phenotype- We next wanted to validate the induction of temperature-sensitive mutant phenotype using our device. To this aim, we used Cut7-25ts expressing GFP-Atb2 yeast. Cut7 is a kinesin protein, involved in mitotic spindle formation. At restrictive temperature Cut7-25ts mutant do not form bipolar elongated spindle. At permissive temperature (22C) bipolar spindle is correctly formed and visible with GFP-Atb2 protein (Fig 2A and B). Few minutes after we shifted to 35C, the restrictive temperature, the bipolar spindle retracted and adopted a monopolar shape (Fig2B), this was characterized by a shortening in spindle length (Fig2C). When we shifted the temperature back to permissive level, we could revert the spindle phenotype (Fig2B) and retrieve original spindle length after a few minutes (Fig2C). 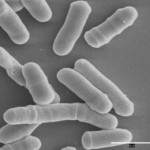 Microtubules are polymeric and very dynamic structures, which are part of the cytoskeleton of every cells. They play a crucial role in various cellular processes. During cell division they are important for chromosomes segregation in mitosis. They also ensure intra-cellular transport, nucleus and organelles movement. They participate in cell polarity and cellular migration. Microtubules, along with intermediate filament and actin filament can be seen as the bone and muscle of a cell, they really define cell architecture and shape. The role of microtubules in S.pombe cell division, growth and polarity has been very well documented (S.Martin, 2009; Piel and Tran, 2009).

Microtubules depolymerization is controlled by temperature 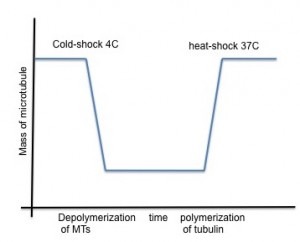 Microtubules are very dynamic structures, with a constant addition and removal of tubulin dimers at the microtubule plus end tip. When tubulin dimers depolymerize and microtubule start to shrink this is refer to as “catastrophe”. The switch from a catastrophe phase to a growing phase is called “rescue”phase.

A number of drugs can interfere with microtubule polymerization, among them colchicine has been widely used in laboratory. Interestingly, once microtubules are formed, their stability becomes temperature dependent (Lodish, 2000). Subjecting the cells to low temperature (6C) is enough to obtain microtubule depolymerization, along with re localization of microtubule-associated protein to the perinuclear domain. This cold-shock is reversible and with heat microtubules can polymerize again.

Interestingly, fishes swimming in cold water, posess tubulin which is cold resistant and can polymerize at very low temperature (-1.8C). 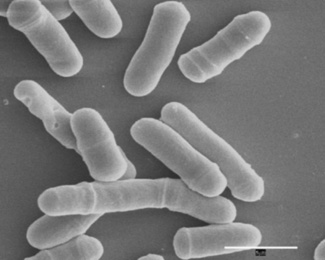 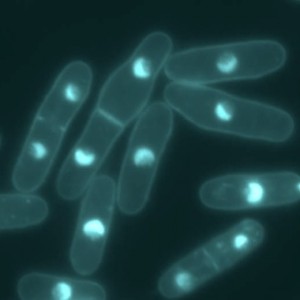 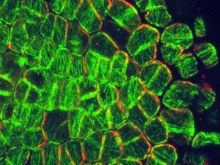 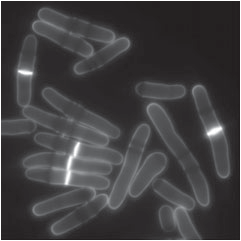 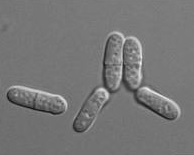 Fast and reversible- CherryTemp enables scientists to shift from 5 to 45C in less than 10 seconds. This is possible thanks to the small length of our microfluidic chip and electronic control of temperature. Existing temperature controllers (incubation box, objective heater system, microscope stages) requires several minutes to switch temperature or generate strong thermal-gradient (>3C). Yet, it is very important to prevent  thermal gradient formation on the sample and thus cancel any possible temperature gradient generated artifacts. Because the temperature-switch is very quick, we could induce and revert cut7-25ts phenotype in minutes and test for how long protein inactivity can be maintained before phenotype-rescue.

Below ambient- The device we developed allows to test below ambient cellular processes with no shear stress on the cell. We showed that in this context, microtubules depolymerization and repolymerization was efficient using CherryTemp.

COULD IT WORK FOR ME?