ORGAN-ON-CHIP APPROACHES FOR PERSONALIZED CANCER DIAGNOSTICS AND THERAPY (STATE OF THE ART AND SIGNIFIANCE):

The current drug discovery and clinical trials pipeline is broken [1], where ever diminishing resources are expended at considerable costs on less than optimal and often non-standardised biological models (commercial cell lines, animal models, etc.) [2 – 3] for diminishing returns in attempts to discover and develop new therapies for the increasing incidences of cancers worldwide [4]. Various strategies, such as personalized medicine and organ-on-chip approaches, have been suggested as a possible solution for the inherent logistical (e.g.: financial costs, study design, etc.) and biological (e.g.: genetic similarity, high toxicity, etc.) barriers to finding successful and reduced toxicity therapeutic candidates in the current drug discovery pipeline.

Personalized medicine refers to any approach which uses the biological material (cells, tissues) of the individual to design a unique treatment regimen which will benefit this individual optimally. Typically, the abovementioned approach can include evaluating the suitability of various chemotherapies, immunotherapies and gene therapies on their own or in combination. Organ-on-chip approaches describes a technological approach where human cells, commercial or patient derived, are kept viable in a controlled environment which can mimic nutrient/waste/gas exchange, typically using microfluidics approaches.  In such a manner, the human physiology is near-perfectly mimicked, allowing for the cells/tissues to respond as if they were still inside the human body. Organ-on-chip approaches is a multidisciplinary subset of personalized medicine, with applications in other related fields, providing potential routes to fast-track drug discovery/development as well as toxicological assessment and implementation phases. These technologies are however, in most cases, still in their infancy and require standardization to be accepted fully by the scientific consensus and properly implemented.

CANCER ON A CHIP: PROJECT INSIGHT

Unfortunately, none of the current MFOC technologies provide standardised or accessible systems for comparative studies. 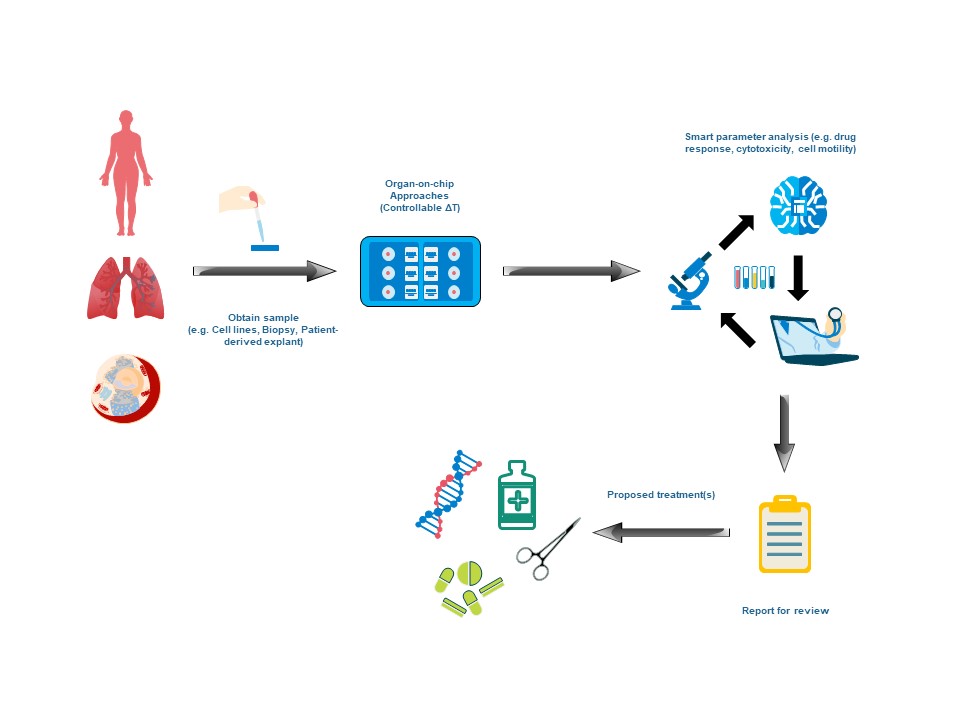 In addition to the simultaneous detection of drug response and cellular motility as a response function of the avoidance of cell death in real-time, it will be possible to determine whether secondary tumours successfully form in downstream flow on-chip as well as whether these tumours present with acquired drug resistance.

The potential application of a customizable toolkit such as mentioned above is for the academic and the clinician who has an interest to determine in a facile top-down approach, if a compound has an (i) anti-cancer or toxic effect; (ii) if cell motility (metastasis) is induced in response to therapy and (iii) whether the motile cells can be treated with a similar or alternate therapeutic agent. The transferability of the above-mentioned model will then be evaluated using biopsy tissue organ-on-chip applications for personalized medicine approaches.

The European Commission actively promotes innovation and technological development by large economic efforts in strategic sectors, however there is a poor translation for most cases towards entrepreneurship and social impact. The worldwide relevance of finding a standardized organ-on-chip toolkit for use in personalized medicine for cancer diagnostics and therapeutics, using patient derived explants, circulating cells from liquid biopsies or commercial cell lines will enable more proactive and robust approaches to optimize the drug discovery/development pipeline, toxicity studies in an ethical and animal free manner, resulting in more effective resource management in R&D. Additionally, a standardized toolkit for personalized cancer medicine and organ-on-chip will allow researchers and clinicians to talk the same language when translating results between the bench and the clinic. Project results will be disseminated, where possible, in academic and non-academic journals as well as conferences to network with industry role-players.

Dr. Taute is a Marie Curie IF Fellow (2019 – 2021), whose research focus is to adapt and discover cutting edge technologies for implementation in personalized cancer diagnostics and therapy.

Dr. Taute will be engaged in various activities surrounding the topics of technology entrepreneurship, intellectual property management and R&D, with a focus on the greater good implementation strategies of technologies in the developing world. 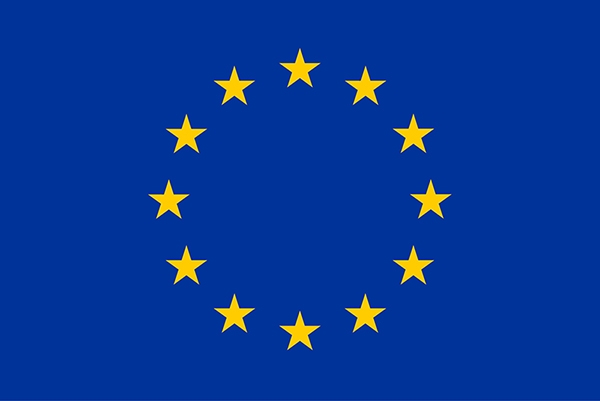 Disclaimer: this content reflects only the author’s view and the EU Agency is not responsible for the information it contains.